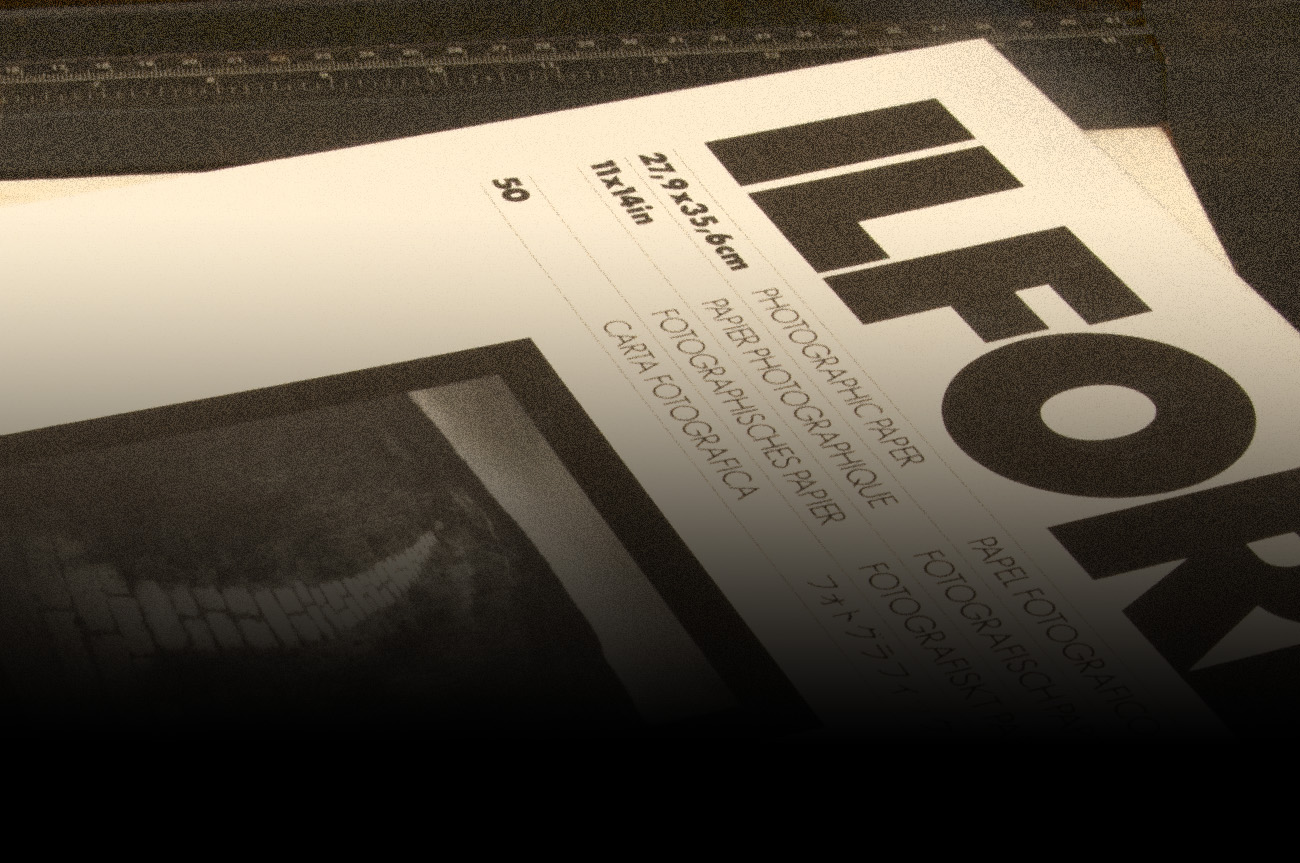 The version of split-grade printing described here is that taught to me by the Ilford head printers, Mike Walden and Terry Offord, and is the simplest, fastest way to make good darkroom prints from pretty much any negative, except really underexposed negatives (to print these you usually only need high contrast). I consider it to be the Ilford way to make darkroom prints with Ilford Multigrade paper.

This is a very powerful technique that can be used routinely with variable contrast (VC) papers, such as Ilford Multigrade. It makes use of the differing performance produced by combining low contrast and high contrast exposures in the same print. For example, you may think that a 10 sec exposure at grade 2.5 would be similar to two exposures of 5 sec, one at grade 0 and one at grade 5. Fortunately for us printers, the performance curves for VC papers like Multigrade vary across the grades so this simple example doesn’t work. However, it does mean that we have another way of controlling contrast, and especially shadow and highlight detail.

The term split grade printing just means that instead of starting with one exposure you split it into two (or more), to give the basic image. One of these is low contrast and one high contrast. Together they average out to an exposure somewhere in between the two. This gives the printer an infinitely variable contrast range within the limits of grades 0 and 5.

Here is a video of the technique followed by an article describing it in detail.

For each exposure you can change the time and grade used giving you an almost infinite variety of possibilities. You can also dodge (selectively reduce the exposure of) parts of the image during each of these 2 basic exposures:

It needs a bit of playing around to see what the variations can do for any image.

I also quite often make the foreground more contrasty by dodging the low contrast exposure for this area. I don’t want the viewer of my images to just look straight beyond the foreground to the main centre of interest. The whole picture sits on the foreground and increasing the contrast here gives it a prominent position in the final print.

Now the basics are in place from the 2 main split grade exposures I can add further exposures to enhance or emphasise smaller areas in the print.